Close Menu
Episode List
1 My Senpai is a Bunny Girl 2 On First Dates, Trouble is Essential 3 The World Without You 4 There is No Tomorrow For a Rascal 5 All the Lies I Have for You 6 This World You Chose 7 Adolescence Paradox 8 Wash It All Away on a Stormy Night 9 Sister Panic 10 Complex Congratulations 11 The Kaede Quest 12 Life is a Never-Ending Dream 13 The Dawn After an Endless Night

The rare and inexplicable Puberty Syndrome is thought of as a myth. It is a rare disease which only affects teenagers, and its symptoms are so supernatural that hardly anyone recognizes it as a legitimate occurrence. However, high school student Sakuta Azusagawa knows from personal experience that it is very much real, and happens to be quite prevalent in his school. Mai Sakurajima is a third-year high school student who gained fame in her youth as a child actress, but recently halted her promising career for reasons unknown to the public. With an air of unapproachability, she is well known throughout the school, but none dare interact with her—that is until Sakuta sees her wandering the library in a bunny girl costume. Despite the getup, no one seems to notice her, and after confronting her, he realizes that she is another victim of Puberty Syndrome. As Sakuta tries to help Mai through her predicament, his actions bring him into contact with more girls afflicted with the elusive disease. [Written by MAL Rewrite]
3.5 ( 2 Voted)
Vote Now!
Rate this anime!
Share This Anime to your friends!
telegram reddit facebook whatsapp twitter tumblr 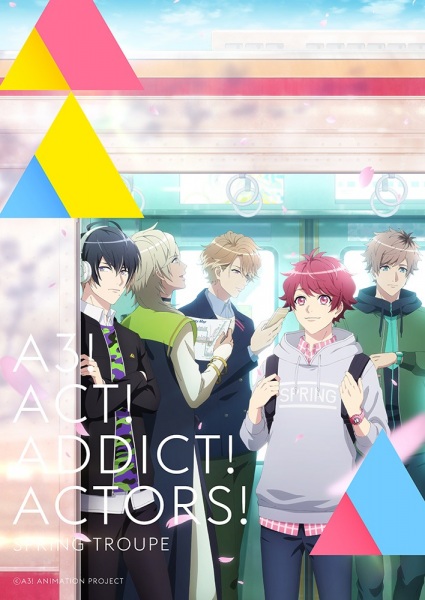 Home to countless street acts and performances, Veludo Way attracts those interested in watching professional actors. After receiving a mysterious letter, Izumi Tachibana arrives at the venue where her father directed a once-popular theater group, Mankai Company, but learns that the building is about to be repurposed due to excessive debt. At the last minute, she convinces the debt collector to give the ensemble one more chance. He is willing to accept but on three conditions: their debut show must be successfully produced by the following month, the four all-male sub-troupes must be reinstated, and the debt must be paid off within a year. To top it off, Izumi herself must become the director. With no time to lose, Izumi quickly gathers five people for the Spring Troupe: Sakuya Sakuma, an enthusiastic high school student; Masumi Usui, a boy infatuated with Izumi; Tsuzuru Minagi, an aspiring playwright; Itaru Chigasaki, a mature office worker; and Citron, a friendly foreigner. Though they have little or no experience in acting, it’s up to Izumi to train and prepare them for a performance that will restore Mankai Company to its former glory. [Written by MAL Rewrite] 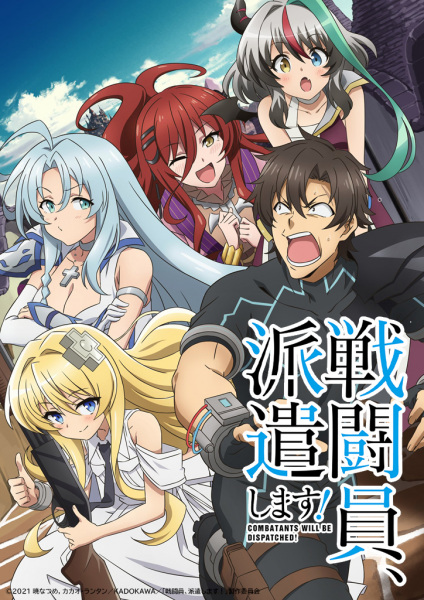 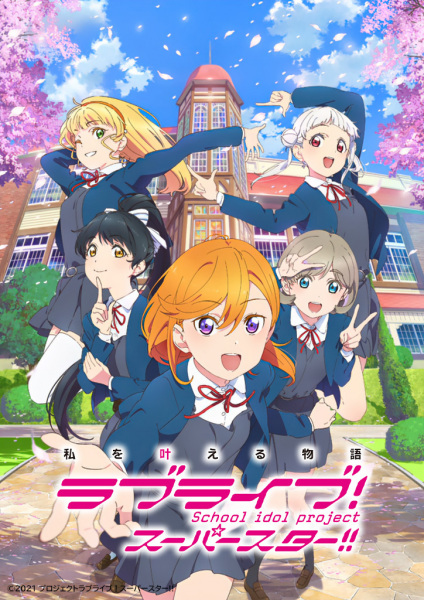 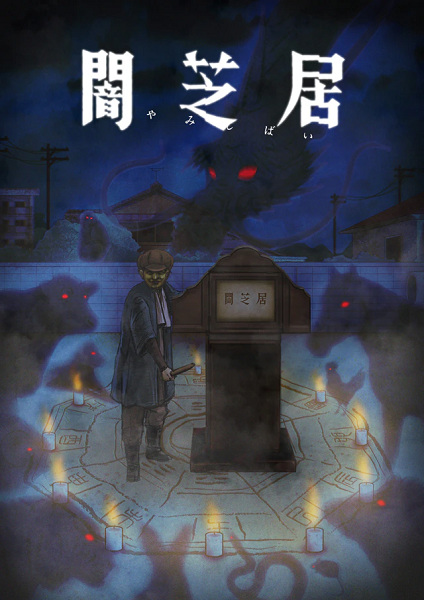 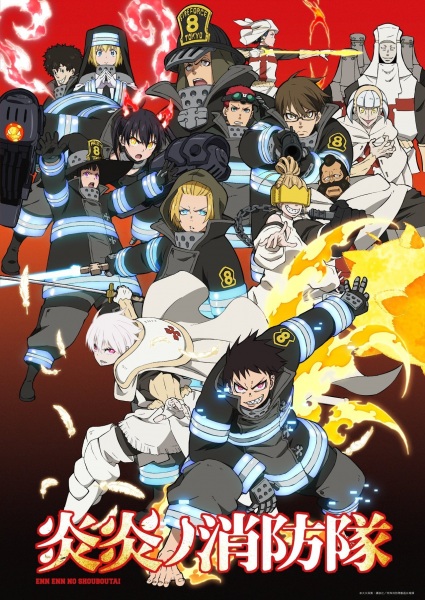 Spontaneous Human Combustion: a chaotic phenomenon that has plagued humanity for years, randomly transforming ordinary people into flaming, violent creatures known as Infernals. While Infernals make up the first-generation accounts of Human Combustion, the second and third generations became known as pyrokinetics—people gifted with the ability to manipulate and control their flames while remaining human. To combat the Infernal threat and discover the cause, the Tokyo Armed Forces, Fire Defense Agency, and Holy Church of Sol produced their answer: the Special Fire Force. Young and eager third-generation pyrokinetic Shinra Kusakabe, nicknamed Devil’s Footprints for his explosive ability to ignite his feet at will, becomes a member of the lively Special Fire Force Company 8. Upholding the brigade’s duty to extinguish the blazing Infernals and lay their souls to rest, Shinra is determined to become a hero who will save the lives of those threatened by the flame terror. However, this is not the hero’s game Shinra imagined. The Fire Force is a fractured mess of feuding brigades, abnormal Infernal sightings are increasing all over Tokyo, and a shadowy group is claiming to have answers to the strange fire that caused the death of Shinra’s family 12 years ago. Faced with many obstacles within and outside the Fire Force, Shinra fights to uncover the truth behind the burning mysteries that have kept him in the dark. [Written by MAL Rewrite] 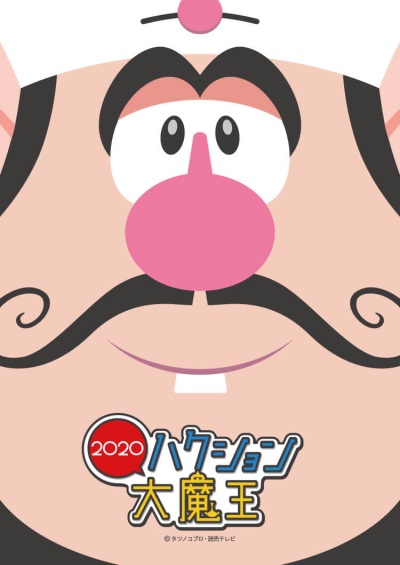 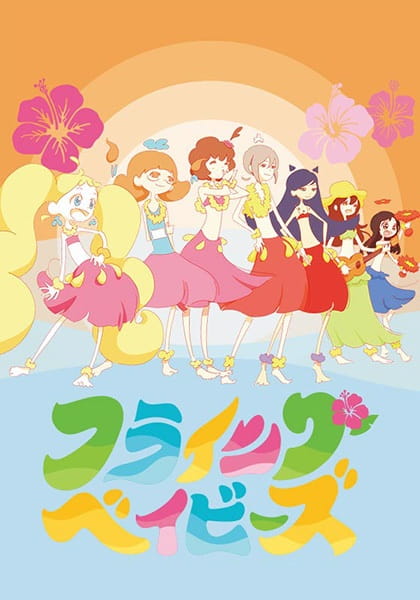 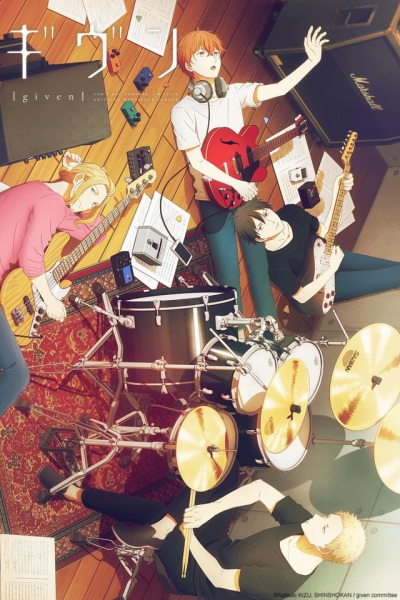 Tightly clutching his Gibson guitar, Mafuyu Satou steps out of his dark apartment to begin another day of his high school life. While taking a nap in a quiet spot on the gymnasium staircase, he has a chance encounter with fellow student Ritsuka Uenoyama, who berates him for letting his guitar’s strings rust and break. Noticing Uenoyama’s knowledge of the instrument, Satou pleads for him to fix it and to teach him how to play. Uenoyama eventually agrees and invites him to sit in on a jam session with his two band mates: bassist Haruki Nakayama and drummer Akihiko Kaji. Satou’s voice is strikingly beautiful, filling Uenoyama with the determination to make Satou the lead singer of the band. Though reticent at first, Satou takes the offer after an emotional meeting with an old friend. With the support of his new friends, Satou must not only learn how to play guitar, but also come to terms with the mysterious circumstances that led him to be its owner. [Written by MAL Rewrite]