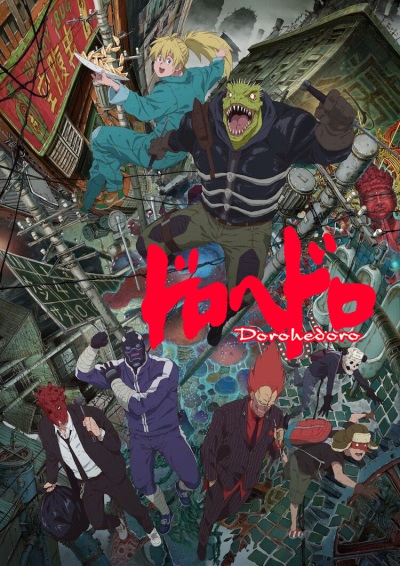 Ep ?
Dorohedoro
star_rate 8.07 Ep -/12
TV
Hole—a dark, decrepit, and disorderly district where the strong prey on the weak and death is an ordinary occurrence—is all but befitting of the name given to it. A realm separated from law and ethics, it is a testing ground to the magic users who dominate it. As a race occupying the highest rungs of their society, the magic users think of the denizens of Hole as no more than insects. Murdered, mutilated, and made experiments without a second thought, the powerless Hole dwellers litter the halls of Hole's hospital on a daily basis. Possessing free access to and from the cesspool, and with little challenge to their authority, the magic users appear indomitable to most—aside for a few. Kaiman, more reptile than man, is one such individual. He hunts them on a heedless quest for answers with only a trusted pair of bayonets and his immunity to magic. Cursed by his appearance and tormented by nightmares, magic users are his only clue to restoring his life to normal. With his biggest obstacle being his stomach, his female companion Nikaidou, who runs the restaurant Hungry Bug, is his greatest ally. Set in a gritty world of hellish design, Dorohedoro manages a healthy blend of comedy and lightheartedness with death and carnage. Taking plenty of twists and turns while following the lives of Hole's residents, it weaves a unique world of unearthly origin and dreary appearance not for the squeamish or easily disturbed. [Written by MAL Rewrite]
Score: 8.07 Rate: R - 17+ (violence & profanity) Premiered: winter 2020 Aired: Jan 13, 2020 to Mar 30, 2020 Synonyms: - Native: ドロヘドロ Duration: 23 min per ep Episodes: 12
play_arrow Watch Now playlist_add Watchlist
Plan to Watch Watching On Hold Completed Dropped Remove
Dorohedoro
TV 23 min per ep
Completed 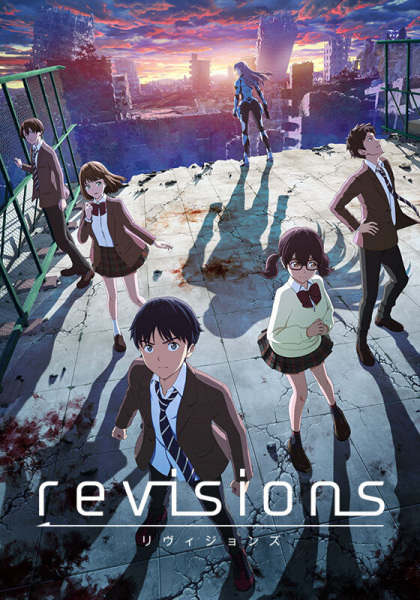 Ep ?
Revisions
star_rate 6.05 Ep -/12
TV
"This is a prophecy for you, where five people will meet huge adversaries, and only you can protect everyone." Daisuke Dojima is a second-year high school student who was abducted when he was young. He was involved in a special phenomenon—Shibuya Drift—with his childhood friends Gai, Lu, Marimari, and Keisaku. They were transferred to the center of Shibuya over 300 years into the future. What's waiting for them is endless wilderness and forest, Interspersed ruin, future citizens, and "Revisions" which are huge mechanical monsters. Trampled by the monsters without understanding the situation, a girl who has the same name as the person who saved Daisuke when he was abducted, Milo, provided a mobile suit "String Puppet" and told them to save Shibuya. With separated paths, adversaries, destined prophecies, the boys, and girls are on their journey to return to their original time. (Source: MAL News)
Score: 6.05 Rate: PG-13 - Teens 13 or older Premiered: winter 2019 Aired: Jan 10, 2019 to Mar 28, 2019 Synonyms: - Native: revisions リヴィジョンズ Duration: 22 min per ep Episodes: 12
play_arrow Watch Now playlist_add Watchlist
Plan to Watch Watching On Hold Completed Dropped Remove
Revisions
TV 22 min per ep